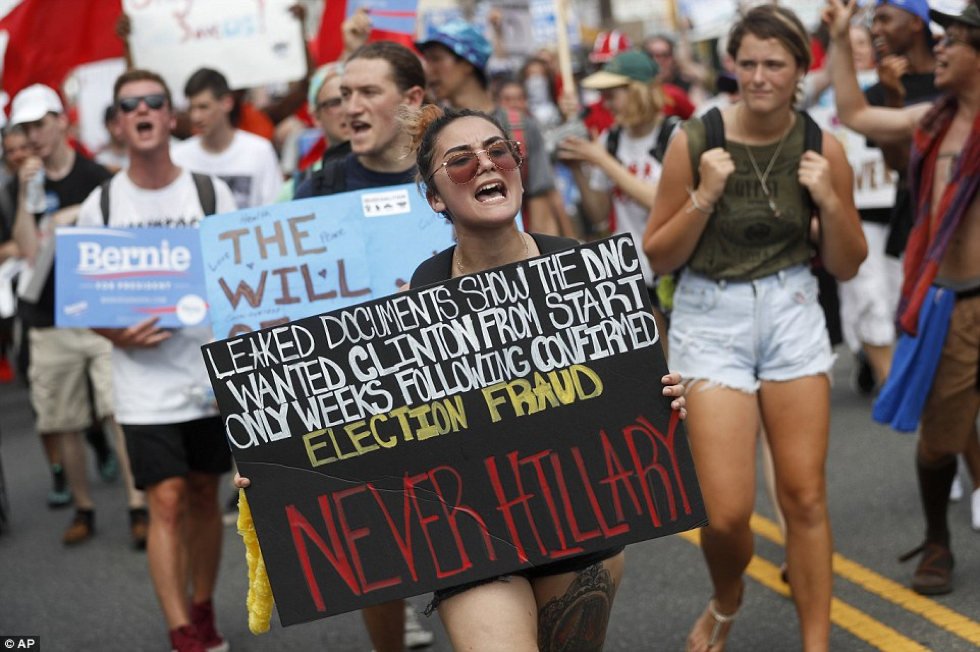 (or the Stupidity of the Right and the Insanity of the Left, Take Your Pick)

As Jeremy Rifkin reminds us, the anti-globalization movement that is now a key part of Trumpism actually began as a left/liberal movement in the end of the Clinton years. In Seattle 1999, at the World Trade Organization conference, an orgy of liberal groups gathered to protest: from labor interests, animal rights’ advocates, agrarian and farm groups, academics, free-trade activist, among others. Their common goal was to demonstrate against what they saw as hegemonic globalization. They referred to the WTO the “World Take Over” organization. Their objective was to reclaim the so-called public Commons. Many of the activist were hackers and hipster techies who had actually benefited from globalized capitalism but now identified the same entity as a nefarious monster of multi-national interests conspiring against what they saw as the Commons. These demonstrators of course communicated and organized through what at the time was a bourgeoning social media apparatus. Thus, the free culture movement was born. Against the privatization of human knowledge, this movement was invariably for free access to intellectual capital, resources, and various products and services that they saw as increasingly being commodified and administered by large multi-national monopolies. There were real economic issues involved of course: the increasing wealth gap and an economic ideological calculus that only lead to what Laurent Berlant calls “cruel optimism”.

Now let’s jump to 2010-2011 and the so-called Occupy movements and Arab Spring. Thousands would demonstrate in American cities as well as in various Middle East cities demanding access to liberal global capitalism and its putative benefits and opportunities. But weren’t these groups actually manifesting the schizophrenic reality of neoliberal globalized capital? In America, the occupiers were a continuation of the Seattle demonstrations, with their denouncing of the broken system of globalized capitalism; while in the Middle East the demonstrators were actually asking and demanding what the Americans were protesting: neoliberal opportunity. The occupiers saw multi-national greed as the evil of the 21st century; the Arab Spring demonstrators were in fact asking for access to precisely that global economy. The people who marched in Cairo and other cities embraced the taken-for-granted linkage between neoliberal capitalism and political freedom. In both sides of the world we saw the usual suspects: young techies, connected educated millennials, and so forth, longing for economic and intellectual freedom through the formula of neoliberal capitalism.

“Another commonality between the positions of fundamentalist monotheism and (and this is the irony) Trumpism is the foundational belief they share: that they are involved in a cultural and religious battle for the fate of their respective civilizations.”

Before, during, and after all these events were unfolding, extremist Salafi and Wahhabi jihadists and various hybrids thereof were also coalescing around the ideology that viewed globalization as the most evil manifestation of western “progress”; the infidels were neoliberal capitalists.

The attacks of 9/11, we all know, where real and symbolic violence against the center of western capitalism. Since at least the 17th century, fundamentalist Islam has identified western values, the values of secular capitalism and so—called liberal, modernist values (along with the media and entertainment industry that promotes these values) as the scourge of Islam. Although the details are quite complex the general theological thrust is quite simple: real Islam cannot ever be divorced from any element if human life; modernity’s separation of faith from the human condition is simply the greatest Affront to God’s sovereignty imaginable. This is an un-negotiable and universal truth. Islam means compete submission to God in each and every facet of life, period. What must be remembered is that such imbrication between life and faith is not any different in kind than the position of a fundamentalist Christianity or Judaism.

What all three monotheistic positions (and we can debate forever on the actual percentage of Muslims, Christians, and Jews who adhere to such positions) have in common is that they see modernity as the evil force behind their respective faiths’ core beliefs (cf. America’s “war on Christianity,” Israel’s Biblical territorial mandate; Islam’s poisoning by western values, etc.). Another commonality between the positions of fundamentalist monotheism, and (and this is the irony) Trumpism, is the foundational belief they are share that they are involved in a cultural and religious battle for the fate of their respective civilizations. The belief that they are inevitably fighting against an Other that must needs be eradicated if their version of humanity is to survive. That all these factions believe in some narrative of an Apocalyptic End Days where the battle between Good and Evil will basically be between universal values (Good) and relativistic nonsense (Evil).

So here is the real interesting insanity perhaps: Rust Belt Trumpism (and Tea Party populism that proceed it), hipster Occupy activism, fundamentalism religious conservatism, Brexiters, so-called populist movements in Europe and South America, Bernie Sanders middle-America liberals and independents, all have a common enemy: globalized, neoliberal capitalism. And today we know that economic pessimism is alive and well in the places were the Arab Spring never quite made it to its goals of economic and political freedom, and is perhaps adding to the hopelessness that helps recruit suicide bombers. So, in Portland, Oregon and western Pennsylvania, globalization is the common enemy. The real tragedy is that neither side actually knows that they have this in common.