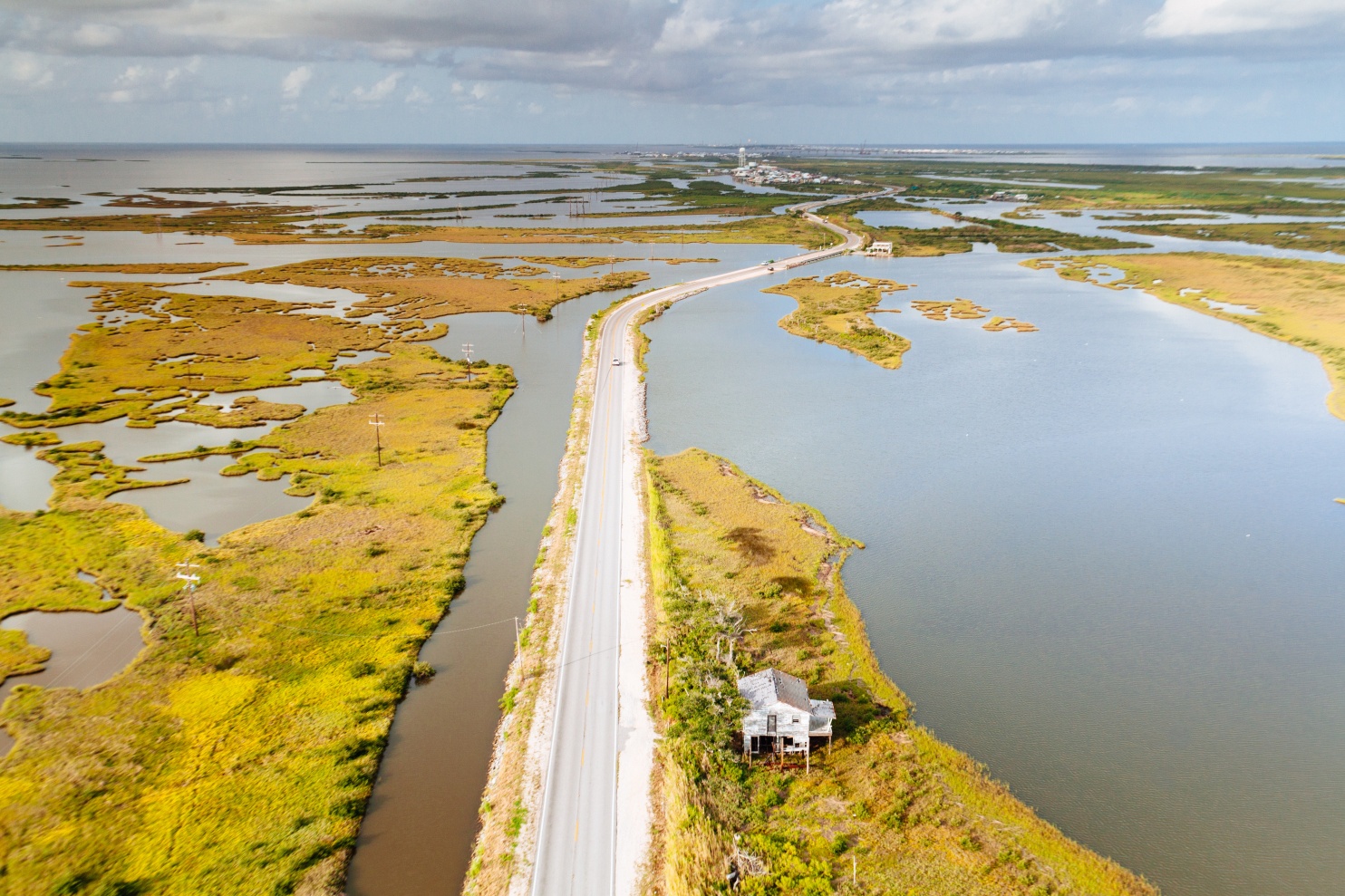 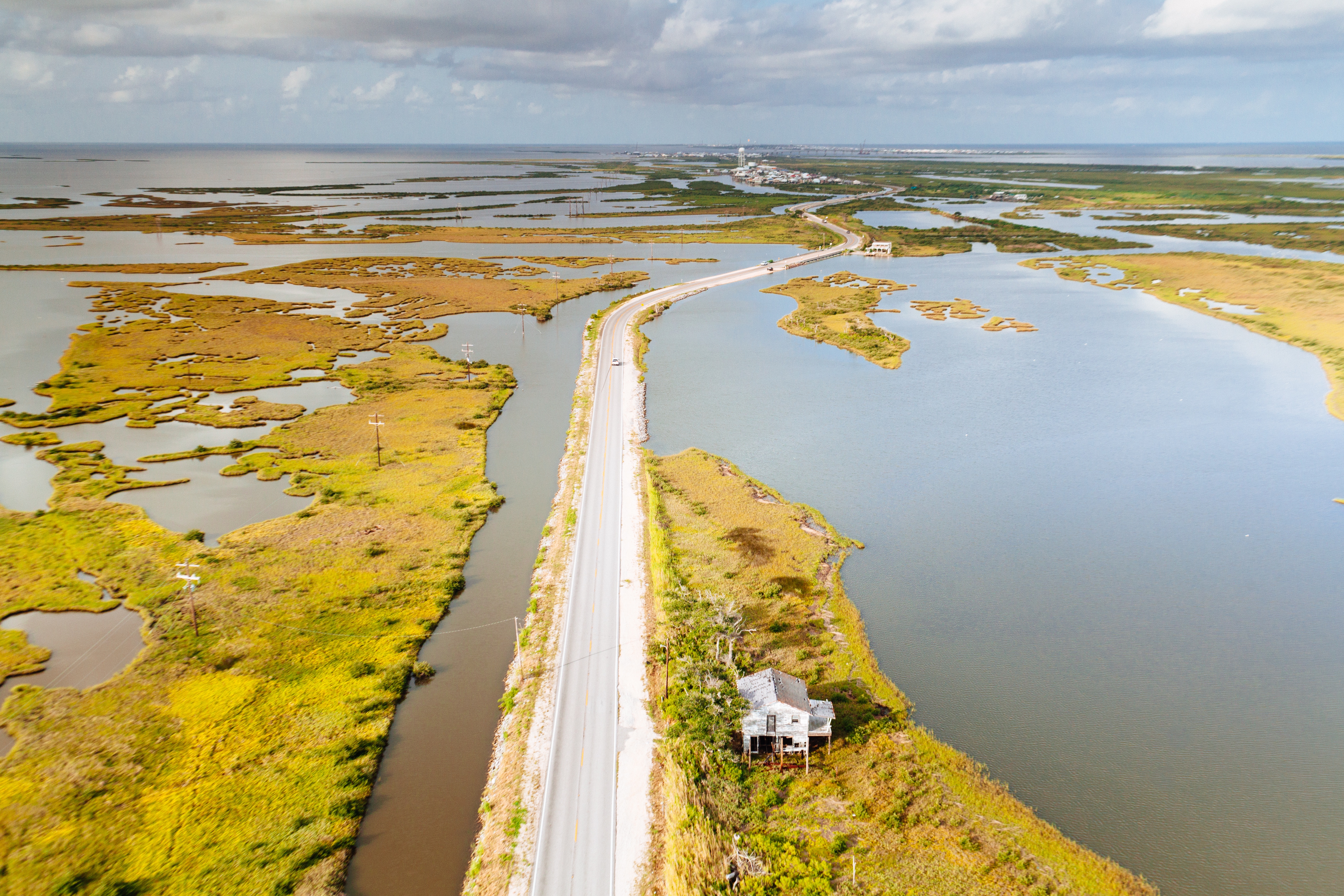 C.E. Richard is the author of the forthcoming collection Land’s End: Field Notes from the ‘End of the World’ (McFarland 2017), essays on the economic, environmental, and cultural complexities of Louisiana’s eroding coast. The collection has been shortlisted for the 2016 William Faulkner-William Wisdom Prize for creative nonfiction. The winner will be announced September 25. In the following interview, Richard details the causes of coastal erosion and explains the unlikelihood of finding a solution. Yet even in his bleak appraisal, Richard imparts a valuable lesson and an opportunity for change: “Don’t get too attached to the material aspects of culture. Build villages, not empires. Embrace a way of life that’s flexible enough to ride out the inevitable changes in a coastal environment like ours.” The questions were based on the essays “The Longest Main Street in the World” and “The Long Goodbye.” 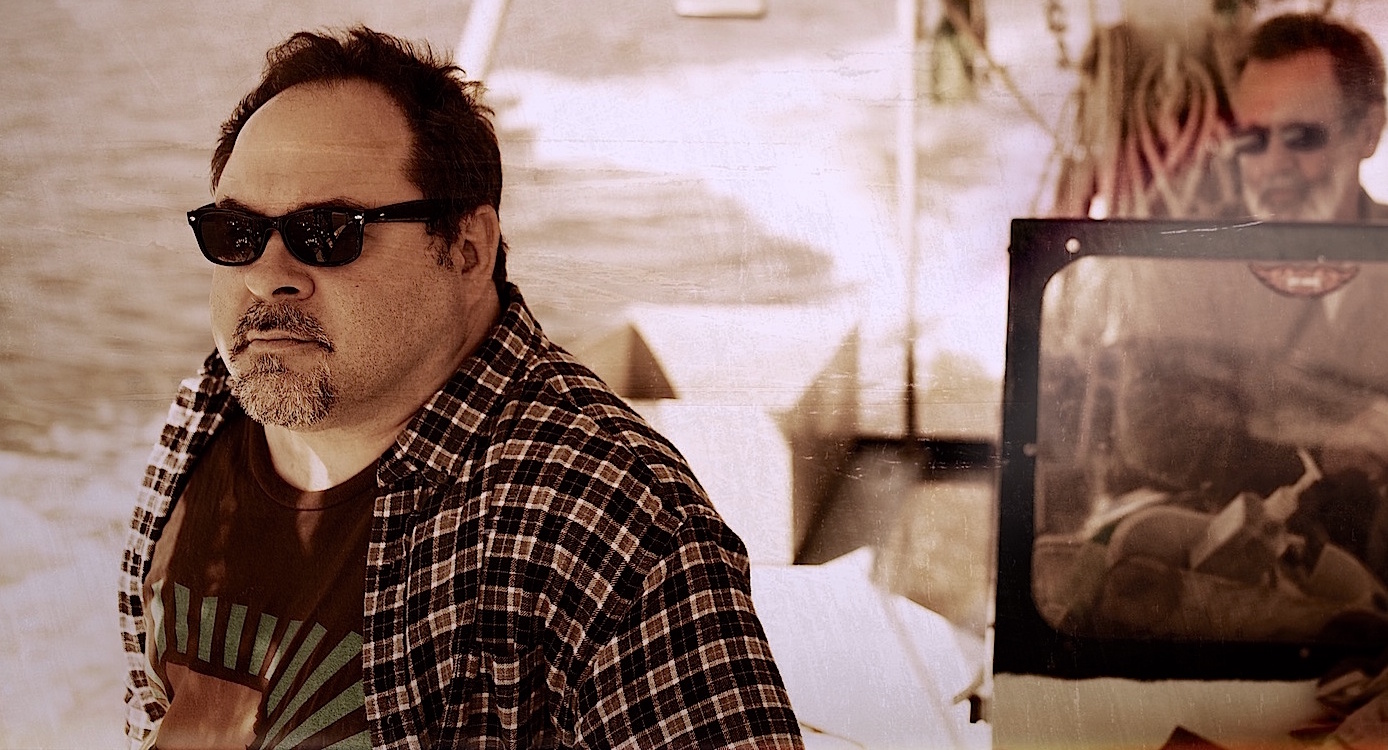 Q: In “The Longest Main Street in the World,” you explain Louisiana is losing 25-35 square miles of land per year. Part of the problem stems from the levees and controls, but much of this problem is the result of oil and gas channels and supertankers. How have the oil companies responded to coastal erosion? Have you experienced people who are reluctant to blame the oil companies for contributing to this problem? Is there a way to unravel this knot?

Richard: You are quite correct; the oil and gas industry has had an enormous impact on our coastal erosion problem. The causes are complex, ultimately going back to human interference with the Mississippi River’s natural delta-building processes. However, the oil and gas industry has made the coastal crisis much worse and caused it to happen much faster. Cutting navigable canals through the marshes has had devastating consequences. And although it’s not talked about as much, even drilling itself has been a factor too:  pumping out the fluids and gasses under the coastal marshes causes them to subside or sink much more rapidly. You asked how they’ve responded. From what I can tell, they haven’t really responded at all. It has been business as usual. But this shouldn’t surprise us. They are already too deeply invested in the current state of affairs to really make any radical changes to their business model. The fact is, we all are. I do indeed meet lots of people who have mixed feelings about the oil industry along the coast because their livelihoods depend on both the industry and the marshlands. We all know the damage that the companies have caused, and there’s a lot of bitterness about that. But, at the same time, it’s virtually impossible for most people to even imagine (much less commit to) the level of radical change and upheaval it would take to make a meaningful difference. It’s like having appendicitis and knowing that you will have to personally perform the surgery on yourself.

Are there any solutions to this complex problem or is the concluding image of driving off the road into nothing truly a sign of hopelessness? What can we do to help?

The image of driving off the road into nothing is a feeling that haunted both Frank and me throughout the entire two years or so of working on this research. “The Longest Main Street in the World” is just the first chapter in a series of essays called Land’s End, and so the decision to leave the reader hanging there, so to speak, was part of the structure of the larger story that unfolds over the course of about ten chapters. The conclusion that I’ve ultimately come to is that, no, there probably isn’t much that we can realistically do to change what’s happening to the land. I suppose that, in theory, we could allow the Mississippi River to do what it naturally wants to do, which is flow down the Atchafalaya main channel and get itself back to the business of building deltas. We could abandon Baton Rouge, New Orleans, and all the hundreds of billions of dollars worth of industry along the river’s current course. But, as I said, that would be like the patient who tries to remove his own appendix; our way of life would die in the process of trying to cut out what’s destroying it. So the only answer that I’ve arrived at personally– the only way I’ve made peace with it all– is to stop looking for ways to change the land and start looking for ways to change the people who are connected to it. We have to adapt, both individually and collectively. To survive, every living thing has to evolve and adapt to changes in its environment. It would be arrogant and foolish to think that we can force our environment to change for our sake. In later chapters, I wrote a little about what this might mean for us here in South Louisiana, and, the truth is, I’m still trying to work it out in my own mind. But the short answer is that we should probably take a lesson from the history of Native peoples who thrived successfully along Louisiana’s volatile coast for thousands of years:  Don’t get too attached to the material aspects of culture. Build villages, not empires. Embrace a way of life that’s flexible enough to ride out the inevitable changes in a coastal environment like ours. That might sound like a glib answer. I hope that I do a better job of addressing it, though, in those later chapters.

In the section titled “Measurements,” you explain that you understand what coastal erosion data signifies but want to know its significance. You write, “What I am looking for, I think, is little data. Not the big picture. Small sketches.” Can you give us an example of one such sketch? Would you consider the resettlement project of the Isle de Jean Charles Biloxi-Chitimacha-Choctaw Band, which you discuss in “The Long Goodbye,” an example of such a sketch?

Yes, the tribe and their efforts are a good example, I think, of what I had in mind. I’m powerfully persuaded that, if there is an answer to be found in all of this, it’s in the notion of littleness. The forces at work in coastal erosion here are great big elemental powers. The Mississippi River naturally changes its course every 1 – 2 thousand years or so to build up the land, and it has been doing that for eons; do we really think we’re big enough to overpower inevitabilities like that? Maybe a better example of the kind of “small sketches” I’m thinking of are the houseboat communities that were once commonly found throughout the Atchafalaya Basin and all along our coast. The families that lived on those houseboats deliberately built their homes to be modest; they didn’t invest in great amounts of material wealth or the kind of permanence we expect in our modern brick-and-mortar subdivisions. For the families who lived aboard boats in the Basin, a way of life was about the things you do, not the things you own. A houseboat rises and falls with the tides, and if it gets destroyed, well, it’s not such a great loss that you can’t pick up, start over, and rebuild the same way of life you had before. So one of the essays that I’m working on now, which will appear in the complete collection next year, is about the lost houseboat colonies that once were so common in Louisiana; or, more importantly, the outlook that those houseboat folks represented.

In “The Long Goodbye,” we see the heroic efforts of Dominick and Damian Naquin to rescue their community from literally drowning in at least two ways: they are lifeguards and they are helping the Biloxi-Chitimacha-Choctaw Band move their community off a sinking island. Will we begin to see more stories like theirs? And, assuming the relocation goes according to plan, can we call this a happy ending?

I do think we’ll see more stories like theirs. I think, for example, it won’t be long before the people of Delcambre find themselves asking the same questions. Or Plaquemines Parish. Or eventually New Orleans. And it’s not just here in Louisiana. Coastal communities around the world are facing the same thing. Some of the tiny island nations of the world are looking at the rate of sea level rise and trying to plan for relocation. That’s one of the reasons that the Natives of Isle de Jean Charles received worldwide attention from The New York Times, The Guardian, The Huffington Post, MSNBC, and so on. A lot of people are hoping for a happy ending for Dominick and Damian’s tribe. We’ll see. In any case, their tribe is a prime example of what I mean when I say that we have to start thinking about changing people (ourselves, I mean), rather than the land they live on.

Do you have any recommendations or advice for those who would like to drive down LA 1 for the first time?

Yes. Take a good look around. It’s changing fast. There are parts of Louisiana that have changed so radically since I was a kid that I don’t even recognize them now.

How/where can we watch your documentaries?

Oh, boy. The films. Okay. Virtually all the films I’ve worked on were for PBS, so the best source for getting them is LPB in Baton Rouge. You can go to LPB.org and find most of them. Also, a lot of public libraries have DVD copies, or else they can order them from LPB when library-goers request them. Trouble is, I don’t own the rights to most of the films I’ve written or produced, and it becomes a big issue if I try to screen them publicly. Even the last little movie I made, which I still own the rights to, has become the subject of this aggravating fight with the distribution company in Beverly Hills that has licensed it. That film, which is about an old fisherman in the Basin who builds his own boats, will screen at the Pontchartrain Film Festival in Mandeville on November 5, if you’re interested.

C.E. Richard is a writer and filmmaker specializing in nonfiction about his native French Creole Louisiana. He’s a professor of creative writing and film studies at the University of Louisiana at Lafayette. Follow Richard on Facebook to learn more about his writing projects: https://www.facebook.com/cerichard2015/.