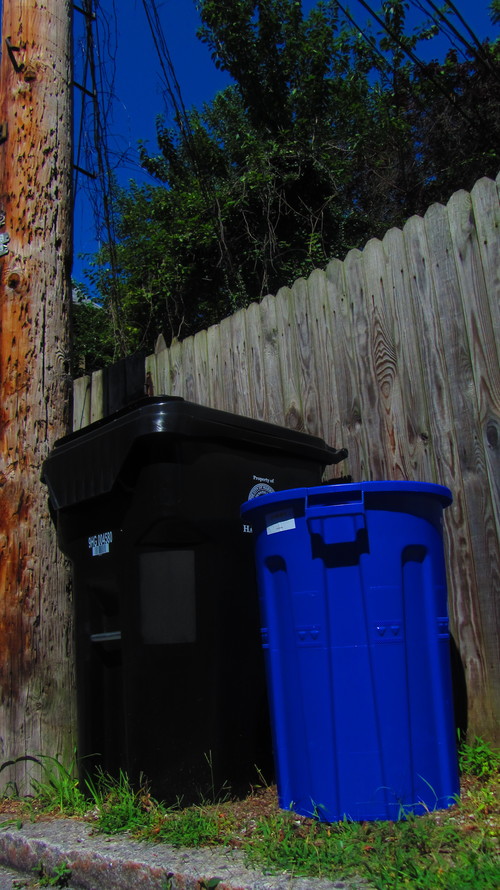 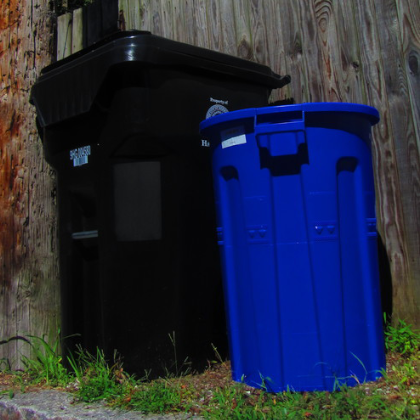 Pennsylvania’s capitol city, Harrisburg, recently rolled out – quite literally – a new trash policy. Every residence received a black 95-gallon trash can emblazoned with a bar code linked to the address. New rule: the city is only picking up bagged trash properly deposited in the cans. You have 95 gallons of space to fill each week. Go.

The intent was good but the problems were many, as evidenced by social media sites imploding with criticism, outrage, and rebellion. Most of the meltdown had to do with the size of the cans – they did not fit through back doors, nor alleys, nor side gates. And if the cans stayed in the only place they fit, which was the front sidewalks, well no one wanted to see their historic districts lined with black mini-dumpsters. The company that makes the cans actually calls them carts, that’s how big they are.

The city relented, picked up many of the giant cans, and has 65-gallon trash cans on order. Trashgate waned, but the conversation did not.

One question repeated itself on social media – why in the world did the city choose the 95-gallon size for all residents, when a five-minute walk down any Harrisburg street would make one realize that suburban-style trash cans (good for garages and driveways) don’t work here, just as they would not work in most American cities founded before the 19th century? The answer: deep in some obscure regulation, it says that the sanitation department will pick up as much as 95 gallons of trash, per week, per address. The “one-size-fits-all” approach to city maintenance never felt more obsolete. Elected officials looked at an outdated regulation for an easy answer instead of looking out their windows or just talking to residents. It’s a mistake many city governments make.

So here, then, is the other problem: Most Harrisburgians were offended that the city officials assumed our households generate 95 gallons of trash each week. We felt we had been trash talked to. In my house (two adults, one dog), one week sees us filling a 20 gallon bag of straight-up trash; like most residents, we recycle. We have a compost pile for kitchen scraps. We avoid anything with ridiculous packaging. So, worst case scenario, if we suddenly hated to recycle or compost and we wanted to buy individually boxed tomatoes buffered in bubble wrap, we might generate 40 gallons a week.

The point is, lots of city demographics are changing, and when officials make a city-wide change based on an old regulation instead of the new reality, it doesn’t always work. Maybe the average residence threw away 95 gallons of crap in the 80s or the 90s. Today, most of us are much more aware of the impact of refuse, so we succeed in avoiding it. “Reduce, reuse, and recycle,” right? We can all say it without thinking; we can’t in good consciousness say it while tending to a 95-gallon “trash cart.” And we all knew that Harrisburg would not look like an environmentally-conscious city if, once a week, our streets were lined with 95-gallon trash carts. A green city is lined with plants, not plastic.

Harrisburg has acknowledged the misstep, and with a little patience, we all will have our smaller trash cans within a few months. And the smaller ones are about the same size as our recycling bins, which makes a little more sense. I know it’s always hard for the slow wheels of government to keep up with the vibe on the street, but if we may share a lesson from Harrisburg: reward people for reducing trash instead of giving them space to generate more.