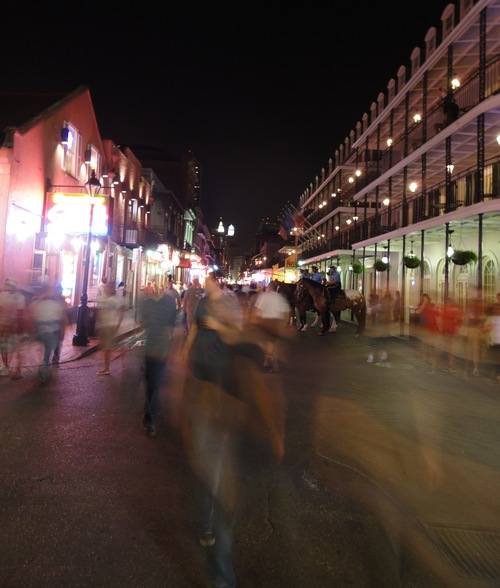 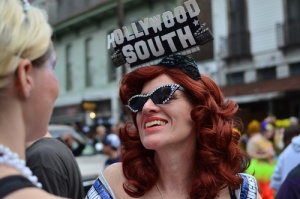 Ten years after Hurricane Katrina, the national gaze once again falls upon New Orleans. Aerial snapshots of then-submerged neighborhoods circulate the Internet alongside shots of newly emerged developments, as if to say: “See, all better. Look how resilient this place is. All hail its resilient economy, its resilient spirit.” Yet, the view from the ground reveals a different picture, one that has many lifelong and longtime residents concerned about what the cityscape might look like in another five to ten years.

Since Katrina, the City has made many decisions—to replace low-income housing with mixed-income and mixed-use properties, to rejuvenate several corridors of the city with strip-mall shopping centers that look like Anywhere, USA, and to rebuild on the greenbacks of tourists. And, why not? The City has relied on the tourism industry for decades. Even immediately after the storm, travelers could stop in for devastation tours. Today, though, while some areas of the Lower Ninth Ward look just as they did ten years ago, most tourists don’t go there. Yet, those who do have a choice of L9 bicycle tours, while those who don’t can take in movie tours of Hollywood South or hop on and off red double-decker buses that barrel through our narrow streets, just like they do in San Francisco and New York.

In K-10 New Orleans, with over 3,500 alternatives to high-priced hotels listed on VRBO (Vacation Rentals By Owner) and Airbnb, more tourists can afford to visit the city, yet fewer and fewer people can afford to live here. Housing costs have nearly doubled from what they were two years ago, and the average income has not increased to keep up with this rapid inflation. Compared with residents in other states who spend approximately 25% of their incomes on housing, residents in New Orleans spend approximately 50%. It’s no wonder that people are either moving out of the city or, if they happen to have a spare bedroom to let, opting to transform any extra space into a short-term guest room in order round out their incomes.

On one hand, there is something to be said for the rental home in a quiet, residential neighborhood in Algiers Point or the room for rent in the Ninth Ward where visitors can connect with someone who actually lives here. On the other hand, when people who live out of town or out of state start buying up properties in one particular section of town, or local landlords decide to dump their long-term tenants because there’s more money to be made from the tourists, what then? What’s the real value of a neighborhood when it’s designed for transience instead of permanence? What happens to the community and the culture when we put commerce first? 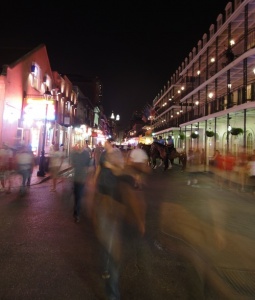 From various neighborhood associations on up to the New Orleans City Council, proponents and opponents alike have voiced their concerns, as many residents earn their livelihoods through short-term rentals but most are being operated illegally without proper permits. Despite previous attempts to crack down on illegal operations and recent talk of legalizing and taxing owner-occupied rentals, the City has no tangible plan to regulate rentals or enforce compliance with the law. Certainly this issue is not unique to New Orleans. In fact, this year the Los Angeles City Council has been working on ways to regulate short-term rentals as their ubiquity has surged in L.A. as well.

Yet, here this trend seems symptomatic of something else that has threatened to alter the culture of the city since the storm. Thousands of people who defined New Orleans were displaced by Katrina and have not been able to return, and now residents who have invested their lives in this city since well before the storm are not able to stay. Can we really call this resilience? Can we call it resilience when in order to live here now you’ve got to have wealth, deep and sprawling like the roots of the live oak trees along St. Charles Avenue? Can we call it resilience if the city is becoming (quite literally) a paler version of what it used to be? Can we call it resilience when our bars are bustling but our service industry workers, hospital staff, and schoolteachers are hustling to make ends meet and can’t?