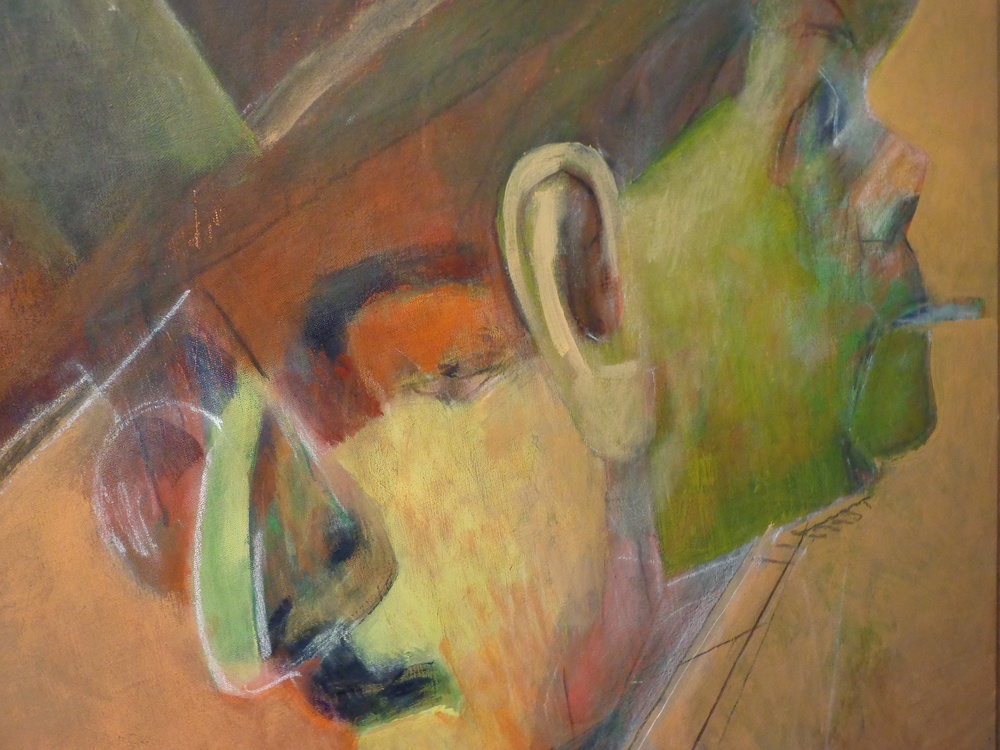 Every building, basically, is four walls and a ceiling—a truth so common it doesn’t get noticed. Once in a while you get a look at what’s inside a wall, the mortar and brick and stone the human race harnessed some time after we mastered fire, then used to carve out space for a safe home in a dangerous world. But once you establish shelter and pull up a chair beside the fire, sooner or later you ask, now what? That’s when you start decorating the walls.

Or maybe you decorate the walls first, the way neolithic humans painted on the Lascaux caves thirty thousand years ago. Because good decoration can be about more than prettying up the place—it’s about setting places apart. Encountering effort that has been wasted on beauty is how you know you’re in a temple, or a civilization, or your own living room. As time passes, the only important question is, how can we get better at this? For Lisbon, the answer came with the Romans, who mastered tile work and brought their refined methods around the second century B.C.E. The Portuguese embraced this technique, practiced by the occupying Moors and contemporary Lisboans alike, for keeping the damp out of a house and the cool in. Beyond the boundaries of function, where you find things like art and sovereignty and the sacred itself, Lisbon’s tiles provided pattern and color, celebrating chroma and hue to sometimes absurd levels.

Because tiles are laid one next to another, repeated in a line, they present an opportunity for dizzying patterns. Here is a marriage of geometry and art. The best tile patterns work like music, which as any classically trained musician will tell you is basically math; except, as every devoted listener of music knows, it’s so much more. A good pattern of repeating geometric designs transcends itself when it disappears into the texture of everyday life. You don’t know why you feel calmer, or happier, or more welcome; you just do, and isn’t the feeling what really matters?

Maybe tiles comfort us because they stand as a permanent reminder that the world is made up of pieces, like a pointilist painting makes a picnic scene out of dots stippling a canvas. A single tile, like a lone piece from a jigsaw puzzle, is nothing; but get enough pieces, and you can make everything. Lisbon’s streets themselves are built upon this principle. They’re paved with cobblestones, each one of which, by itself, is just a rock—but lay enough of those rocks together, and what emerges are the veins and arteries that nourish the city, the roads wandered by its literary hero Fernando Pessoa, the roads he committed to his verse.

Pessoa filled 25,000 thousand scraps of paper during his lifetime, writing essays and poems only to stuff them into a trunk. Most went unpublished. He carried his trunk of poetic morsels between the fifteen apartments he inhabited in Lisbon, never staying long enough to feel at home even in his own skin. Pessoa wrote in pen-names, what he called “heteronyms,” which were alternate identities he slipped into and out of regularly, all his life, sometimes meeting his girlfriend for dinner as someone else. He probably died a virgin. Someone else published Pessoa’s scraps of paper for him, after he died. He didn’t know how to bring the pieces together.

What lasts, despite all the ways in which things are always falling apart, becomes tradition. The Roman tiles on the left, the Portuguese tiles on the right—one set excavated from the earth, one serving those who still walk upon it. Do tiles endure because we were born into a world with tiles, or do we make a world with tiles because they help us to endure? Is it a pattern of repeating white flowers, or a pattern of repeating blue? When I walk out my door today, whose face will I turn to the world? Beyond that point where math ceases to help, you already know the answer.