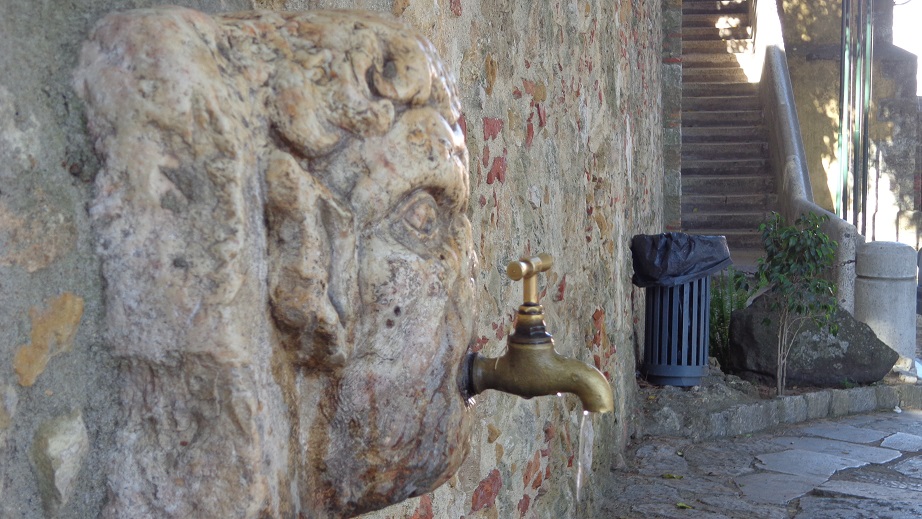 Too often, civilization means not thinking about the things that preoccupied earlier humans for centuries. Maybe the greatest example is water, which enters our house at the twist of a faucet, so easily that nobody seems to trust it anymore. Instead they pay for the good stuff, bottled and purified, carbonated and mineralized, shipped from the mountaintop. Obsessing upon the quality of our water makes sense, given that our need for it is second only to oxygen, but for thousands of years this need forced us to found cities near freshwater lakes and rivers, then limit their size to whatever the water supply allowed. And then came the Assyrians.

Sargon II built the first aqueducts around the eighth century B.C.E., feeding the liquid of life first to the cities of Medes and Persians before the Greeks took up the technology and the Romans, as was their way, refined it. Roman aqueducts were some of the longest, most secure ever built, the greatest of which supplied the empire’s eastern capital Constantinople from sources 250 kilometers away. In the midst of a scorching drought, to dip your sun-baked clay cup into a cool cistern of fresh water, in the shaded comfort of your own livingroom, would have been your clearest sign that your empire was the most powerful in the world. It is impossible to take such pride in the chrome intrusions poking from the counter-tops of our kitchens and bathrooms. Their sterile, functional design calls to nobody’s soul; we gaze at them resentfully, over a sink full of dish water, wondering idly what has gone wrong with our lives.

Anywhere there are ruins, there is proof that modern humans have lost our way with water. One of the fonts I discovered in Sentra was housed within a tiled, bricked, columned shrine that one man and woman could not bring themselves to leave, having carried on their pilgrimage several plastic bottles they filled, one after another. Down the street, cherubs played atop another font, with concentric spheres radiating from their games toward benches set on either side—a place of such beauty and leisure that one fails to notice the spigot has gone dry. Even the most basic of these in the castle atop Lisbon is a stone circle big enough for a bath, a proud cylinder rising above, the rock bowl giving an impression of eternity in spite of the cracks.

Sometimes the modern and ancient worlds are brought together, often in failure. The weathered face of a pointy-eared grotesque sticks out its tongue of copper and brass, the handle of which twists, the mouth trickling and spewing for the bottles of tourists. Most turn away, purchasing their sustenance in plastic from the ice cream vendors, preparing themselves for the nightmares this totem of garbage will bring. Other times, we get it right. The Lisbon aqueduct was built in the mid-eighteenth century, feeding an indoor lake with a floating stage. The vaulted ceilings and decorative tiles reveal this place to be a temple, where painters guessed what dolphins were, making delirious mammal-fish from the confused descriptions of travelers.

When we stopped making temples to water, we abandoned something so many thousands of years old that we took it for granted completely. We forgot the lesson of that old admonition, “Never look a gift horse in the mouth.” What falls from the sky can be corralled and bent to our will, but its spirit should never be broken, for its sake and ours. The chemical soups we send down today’s pipes and the functional spigots from which they gush share a similar failure, celebrating nothing, though we wait anyway from our lonely silence.