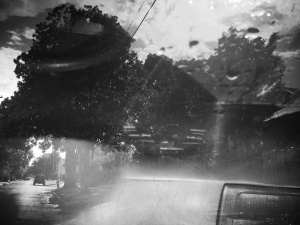 “History is like Janus; it has two faces. Whether it looks at the past or at the present, it sees the same things.”
Maxime Du Camp, Arcades Project, p. 14

The United States does not have Arcades, but it has the mall in D.C. The mall is lined with museums, which have gift shops filled with mechanical reproductions of the art hanging on the walls. We consider this today because Obama is asking for congressional support for military force in the fight against ISIS and there is nothing but media wanderings. We are reminded of Walter Benjamin’s observation that “In times of terror, when everyone is something of a conspirator, everybody will be in a situation where he has to play detective. Strolling gives him the best prospects of doing so.” We are in an age of mechanical war reproductions. The media is a phantasmagoria of moving images (in both senses of the word) of protests and counter protests that negate each other as so much point-counterpoints. Adorno and Benjamin believed that like the eighteenth-century mechanical optical device the “social whole is a machine for projecting images of itself as inherently meaningful and coherent” when in reality the “constitutive ambiguity and undecidability, whereby what we mean by ‘the human’ is progressively denatured.” Everything is moving but nothing moves, it’s just reproduced.

In “Remembrance of Wars Past: Why There is no Massive Antiwar Movement in America,” Tom Engelhardt explains one reason there is no war movement: “What’s missing is any sense of connection to the government, any sense that it’s ‘ours’ or that we the people matter. In its place — and you can thank successive administrations for this — is the deepest sort of pessimism and cynicism about a national security state and war-making machine beyond our control. And why protest what you can’t change?” Apathy is literally lack of feeling or e-motions.

However, while there is no antiwar movement, people are protesting, or say, marching about. Today is the four-year anniversary of the beginning of the biggest protest in Madison, Wisconsin’s history, after Governor Scott Walker took away collective bargaining rights. More recently, people took to the streets in Missouri and across the nation to demonstrate that “black lives matter.” Is it that the shock of 9/11 (which caused us to condone torture) is still lingering, making every tragic attack (Sydney and Paris) an aftershock that persuades us to revert back to our code orange days—to continue funding the war machine in this great age of mechanical reproducibility?

We all know the true definition of insanity, and it seems the country—let’s call it the War Party (again, in both senses of the word)—is insane enough to keep doing the same thing over and over again, reproducing the same images. But let’s imagine a new landscape. In “The Butterfly and the Boiling Point,” Rebecca Solnit writes, “The history of revolution is the history of great spaces…” She continues, “It’s all very well to organize on Facebook and update on Twitter, but these are only preludes. You also need to rise up, to pour out into the streets. You need to be together in body, for only then are you truly the public with the full power that a public can possess.” In times of terror we need detectives, collective detectives, revolutionary flaneurs.

So, as congress deliberates whether or not to accept the specific requests President Obama makes in seeking support for the reproducibility of war, consider the advice Juan Cole offered in “Sharpening Contradictions: Why al-Qaeda Attacked Satirists in Paris”: “Extremism thrives on other people’s extremism, and is inexorably defeated by tolerance.” With a new landscape, we can think about reproducing things other than war, like tolerance for non-reproduction.