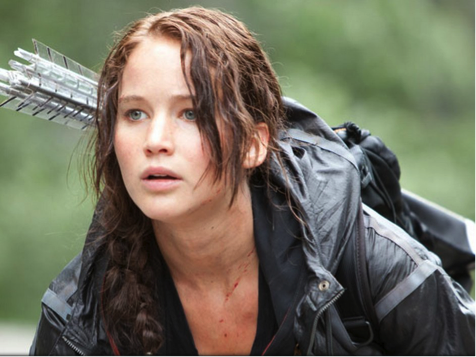 According to Lauren Berlant, cruel optimism is defined as “a relation of attachment to compromised conditions of possibility whose realization is discovered either to be impossible, sheer fantasy, or too possible, and toxic.” In The Hunger Games we saw how hope was both manipulated and compromised, on the one hand, by President Snow (through Gamemaker Seneca Crane), and on the other by Katniss Everdeen and Peeta Mellark themselves.

There are various strands of hope and optimism which are then developed in Catching Fire when the performativity of Katniss and Peeta as lovers is seen as a ruse by some of the population who demand “the real message,” which they putatively saw in the spectacle of the 74th Games. In Catching Fire, we see especially how Katniss is caught between her subjective optimism, which must continue to act out the love relationship, and the cruel reality of the consequences of dissent.

In Mockingjay – Part 1 the issue of hope and optimism is further complicated by the seemingly real hope of revolution—or is it? The issue is perhaps between the individual hope of Katniss and her family, Katniss and Gale Hawthorne, Katniss and Peeta as opposed to the collective cruel optimism of the revolution itself. Arguably, in Mockingjay – Part 1 the game becomes more “real.” There are the problematic characters President Alma Coin, Plutarch Heavensbee and Finnick Odair. Where do they stand in the spectrum of cruel optimism?